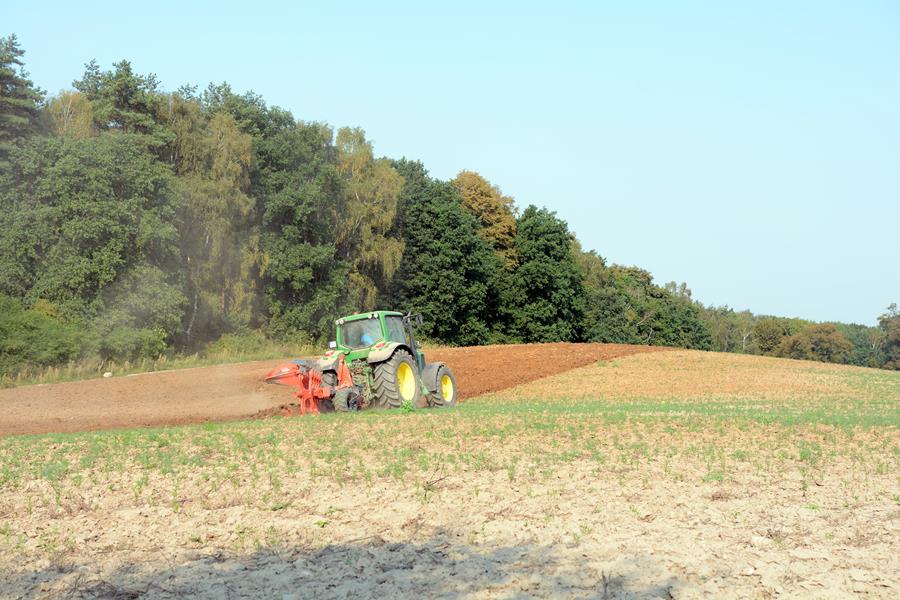 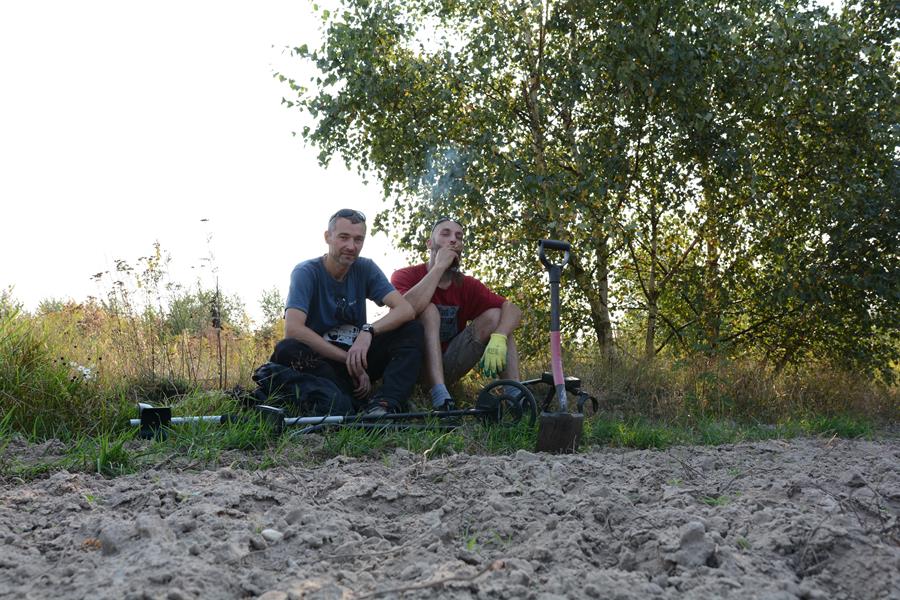 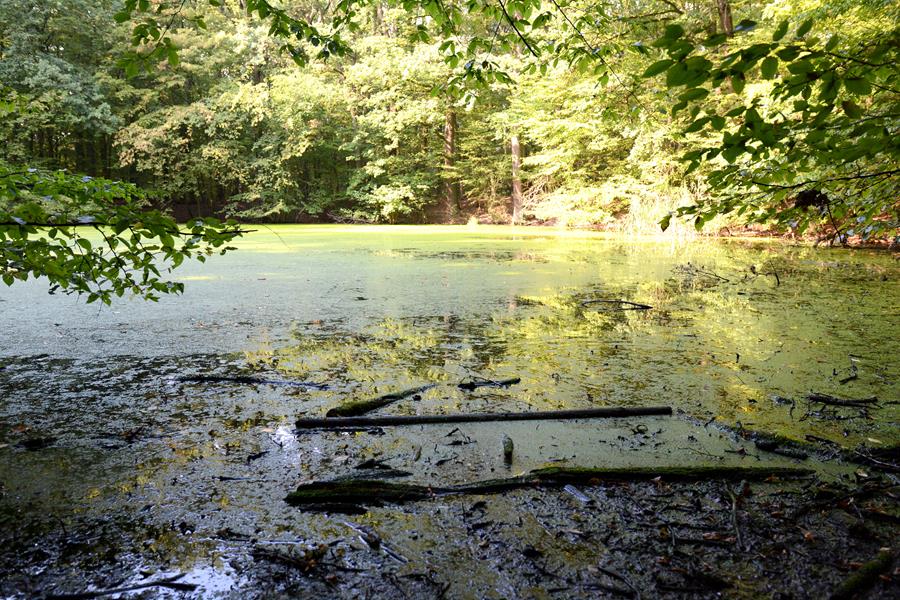 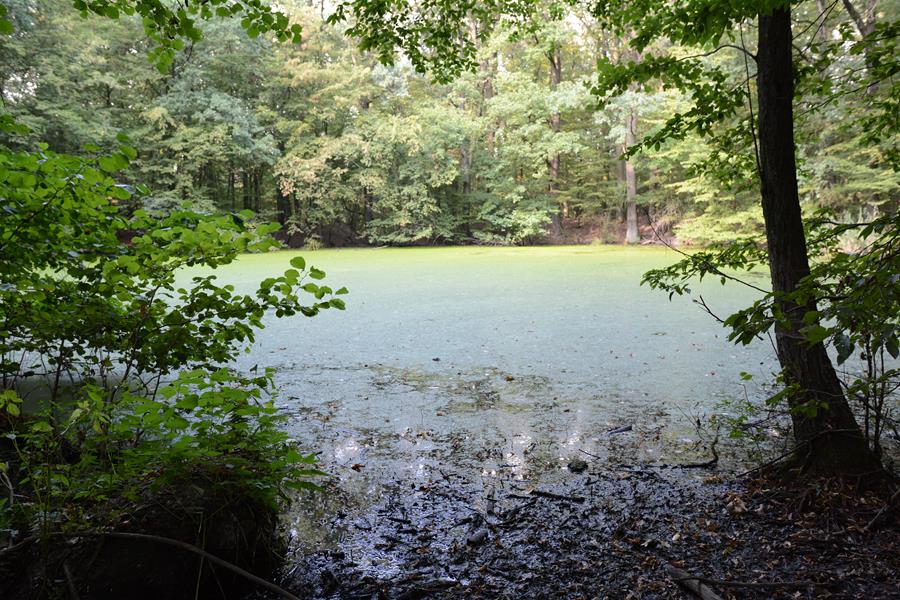 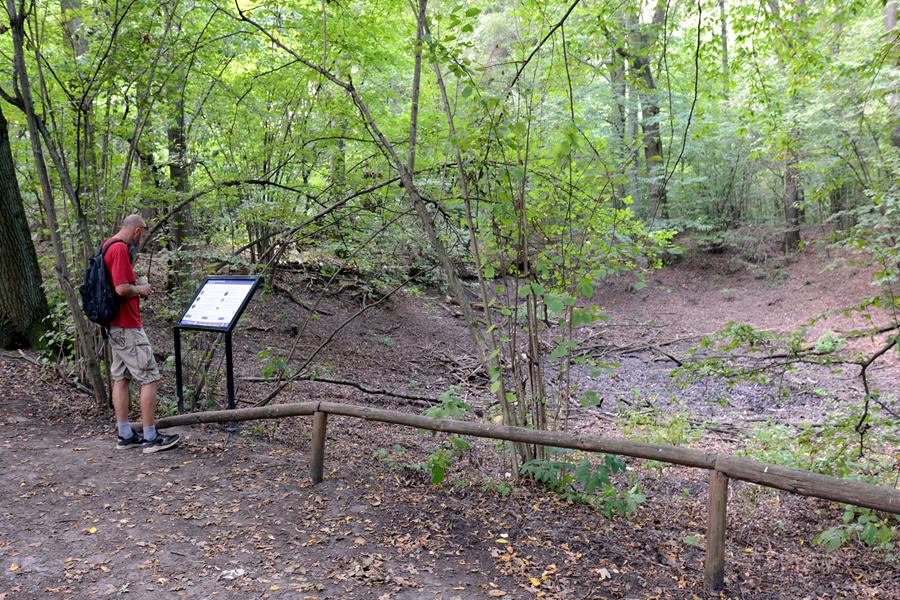 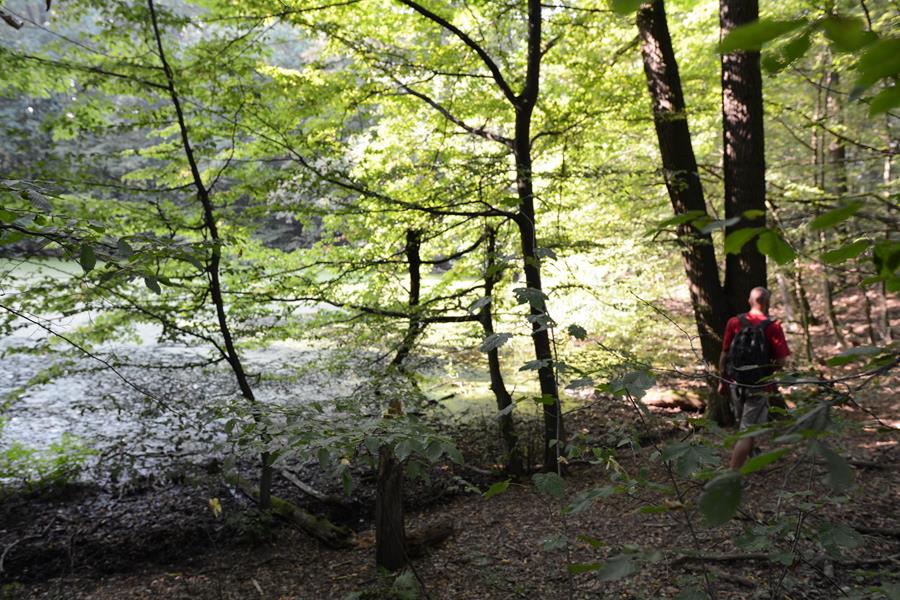 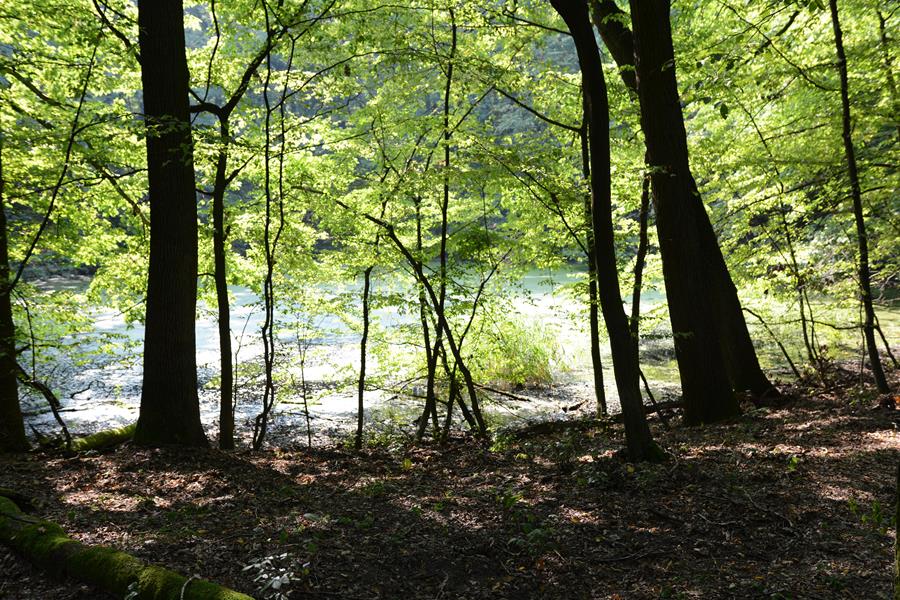 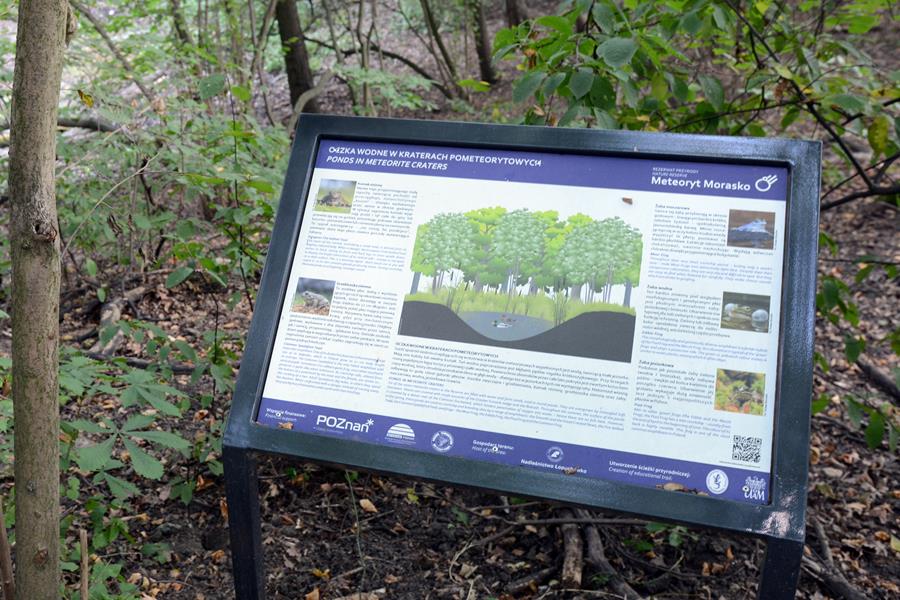 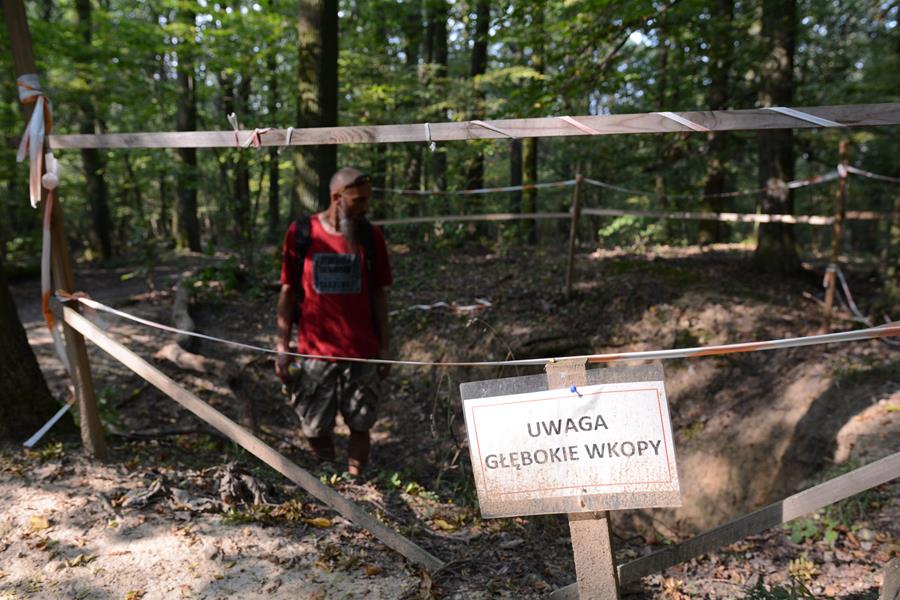 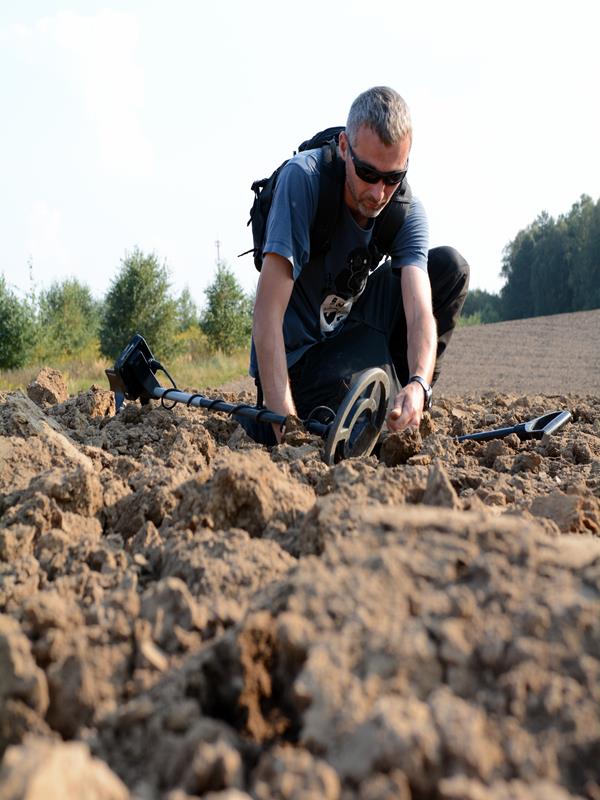 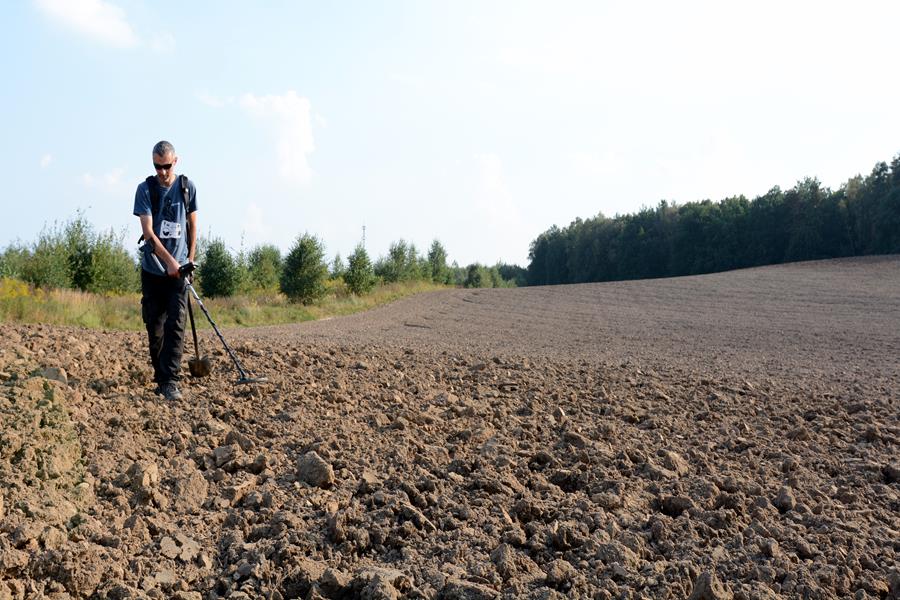 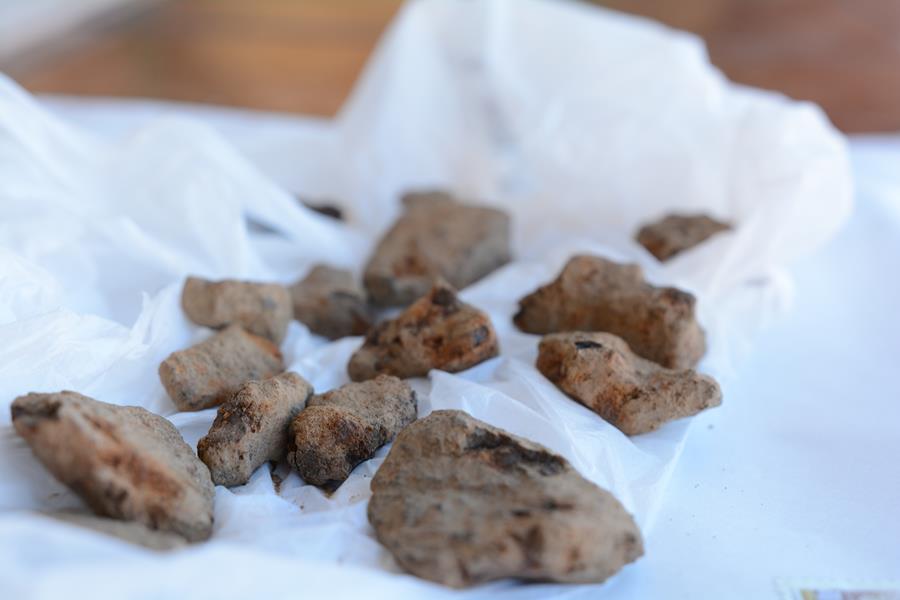 The Morasko meteorite and craters in the Morasko Forest, Poland, have been extensively covered in scientific and popular science literature, however, the circumstances surrounding the fall remain largely a matter of speculation.  The origin of the craters, whether impact-related or post-glacial, and the date of the fall are debatable. The complicated geological structure of the environs of Mount Morasko (Góra Moraska) – shaped during the glacial period – make it even more difficult to draw reliable conclusions. The only fact that remains uncontested it that there is a meteorite near Poznań, Poland, but doubts remain about other aspects.

The first meteorite found at Morasko was uncovered on 12 November 1914 during the construction of military fortifications. A fragment weighing 77.5 kg was found. Later, two other fragments weighing 4.2 and 3.5 kg were found in the same excavation pit. The discoveries were sent to a museum in Berlin where they were confirmed to be meteorites. The first uncovered meteorite, which is now a little smaller, is now a part of the collection of the Institute of Geological Sciences, Research Centre of the Polish Academy of Sciences (Muzeum Geologiczne ING PAN) in Kraków.  In the inter-war years, there were many other specimens found in this location, but the majority of them were lost. The local people used many of the meteorites in the construction foundations or for other commercial purposes.

Jerzy Pokrzywnicki, one of the fathers of meteoritics in Poland, has conducted extensive research of the Morasco meteorite and the craters. In 1957, he published an article in Urania, a scientific magazine dedicated to astronomy, about a very characteristic cavities located in Morasko, which he speculated were created by a meteorite.

…They are not man-made, and the local people believe they have existed since time immemorial. If these cavities were not formed during the glacial period, we may reasonably speculate that they were created by a meteorite, even more so as the Karst topography is highly unlikely in this region. Further research is needed and will be conducted…

Inspired by Jerzy Pokrzywnicki, research continued throughout 1970s, headed by Hieronim Hurnik, in order to confirm the meteorite hypothesis. As a result of this research, the Morasko meteorite nature reserve (Polish: Rezerwat przyrody meteoryt Morasko) was officially established on 24 May 1976. The research was conducted by successive generations of scientists from Poznań.

There are officially 7 (unofficially 8 or 9) meteorite craters, 4 of them contain lakes. Even more craters are likely to have been formed, which have been covered up. Researchers who support the thesis about the extraterrestrial origin of the craters believe that they were formed about 5000-6000 years ago. This theory is supported by the large density of meteorite spherules surrounding the craters, and the results of multiple studies aimed at determining the age of the meteorite and the craters, including by means of radiometry, palynology, and luminescence.

Krzysztof Socha believes there figures are false. He has conducted long-term research and based on his discoveries, he purports that the Morasko meteorite is in fact much younger. On 17 September 2006, Krzysztof Socha uncovered a specimen of the Moraska meteorite under a decayed tree trunk. It was covered by a mixture of sand and tree resin. It might have hammered into a living tree as it was surrounded by growth rings (annual rings) as if the tree was trying to recover from a wound. Since the establishment of the nature reserve in 1976, no trees have been cut down, so the tree trunk might have been at least 30 years old. If this theory proves correct, the current concept about the Morasko landscape formation would make no sense. According to preliminary analysis, the fragment found inside the tree was in fact overgrown by it. In a series of analyses and experiments, researchers even attempted to hammer a meteorite into a living tree. Based on studies conducted at the University of Agriculture in Krakow, the tree was found to be Larix decidua, commonly known as European larch. Researchers also attempted to determine the date of the fall and speculated that the meteorite is around 200-300 years old.

In 2001, Rainer Bartoschewitz came up with a hypothesis that the meteorites of Morasko, Przełazy, and Tabarz had the same origin. If Rainer Bartoschewitz is correct, this would be the largest fall ellipse in the world, covering an area which is 475 km long and 20 km wide. Indeed, the examined meteorites proved to be very similar.

In 2010, another theory of the Wielkopolska Bolide was coined by Wiesław Czajka. He combined the description of a bolide observed in 1304 by Cistercians in Bierzwnik with the hypothesis of Bartoschewitz and came up with the idea that the described events were a bolide of meteorites Tabarz, Przełazy, and Morasko.

In October 2012, Ł. Smuła and M. Skirzewska recovered the largest meteorite so far, weighing 279.5 kg. It weighed 261 when cleaned from debris. The new record-breaking discovery has encouraged the Adam Mickiewicz University in Poznań to continue research. In 2013, the Morasco Project was launched to resolve the disputable issues. Now the original meteoroid is believed to have weighed between 500 and 1000 tons. It was a fireball of iron, 4.9 to 6.4 m wide. It entered the atmosphere at a speed of 15.6 / 18 km/s. The bolide arrived from the North-East and was heading to South-West direction around 500-5300 years ago.

In 2015, a local meteorite-hunter found a meteorite weighing 210 kg (174 when cleaned). The search and research will continue.