On March 12, 2012 the Meteorite List published information about a meteorite that has crashed through the root of a cottage in allotment gardens in the northern part of Oslo.

I immediately recognized a breccia chondrite on the photos. It also appeared that it was fragmented and I realized there were more meteorites that have fallen on the capital of Norway. Because I was rather busy, I decided to adopt a wait-and-see strategy for the time being.

Two days later, another discovery was announced, this time on the hill of Ekeberg, at which point I could not resist another journey. I started my usual Internet research. I was browsing maps to plan my journey so that I could make the best of my time in Oslo. I got a farewell kiss and a few kind words from my wife, who was very skeptical about whether I would find anything at all.

I landed in Oslo in early morning of March 16th. I left my belongings at the hotel and made my way to the place of destination. My plan was to tag 2 locations on my GPS, check the site, and count on my luck. In general, my expedition turned out quite well, and the search area, the Ekelberg hill in particular, seemed very promising. With the help of a native I became acquainted with during my journey, I even managed to take a look at the hole in the roof in the house at Rødelokka Kolonihagen, from behind a fence. Then I spent the rest of my time searching for stones. I made a 35-km long walk and went to sleep.

On the next day I decided to continue my search on the other side of the Ekeberg hill. After spending two hours of searching I realized I was a bit lost so I decided to return to the better known area, especially that I had little time left. I checked my GPS to set the proper direction. I soon encountered cottages, a kindergarten… then I looked in disbelief and I immediately recognized a meteorite from the distance of 4 meters. It was lying on a parking lot and was just waiting to be found. I was very pleased and surprised to find more stones in the surrounding area. First I believed the meteorite bounced back from the building and crashed into pieces. It was kind of funny because it appeared many people were passing by without having the faintest idea about the presence of the stone. Needless to say, I burst with joy, even more so that I had only 2 hours left for my search. I collected 5 stones of 32.75, 13.2, 12.65, 4.95 and 4.75 grams, and many more smaller ones. I searched through the surrounding area the best I could, but I couldn’t miss my plane. 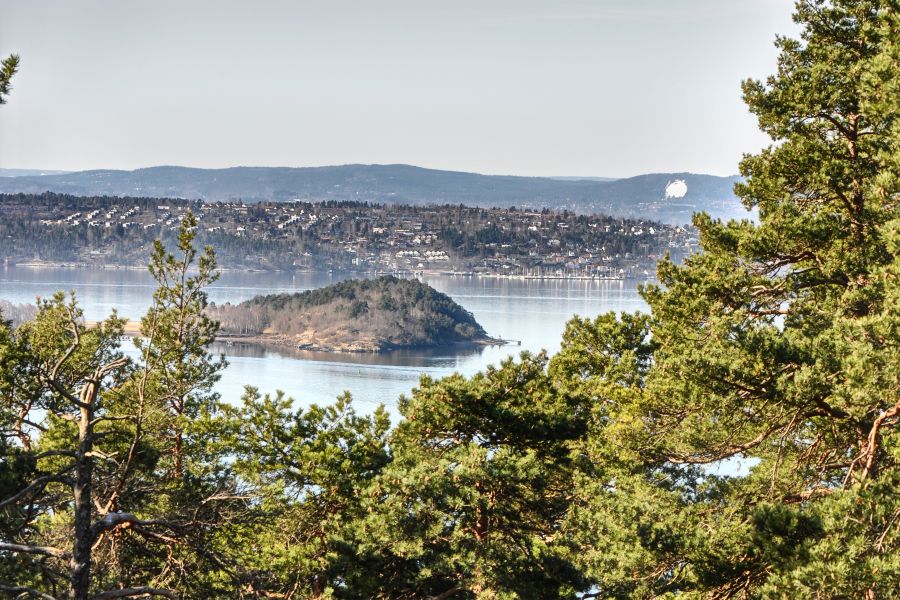 The view from Ekeberg hill 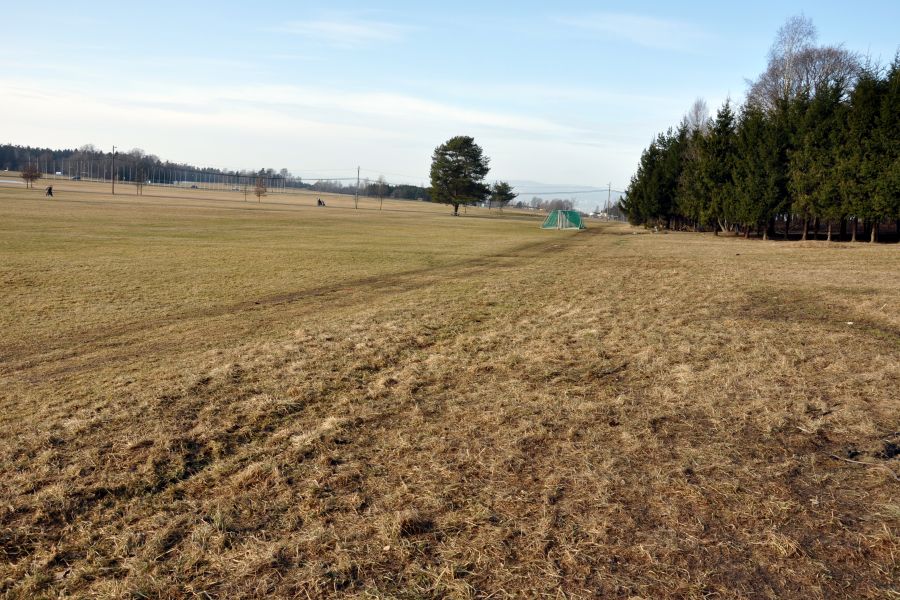 Over looking on the strewn field 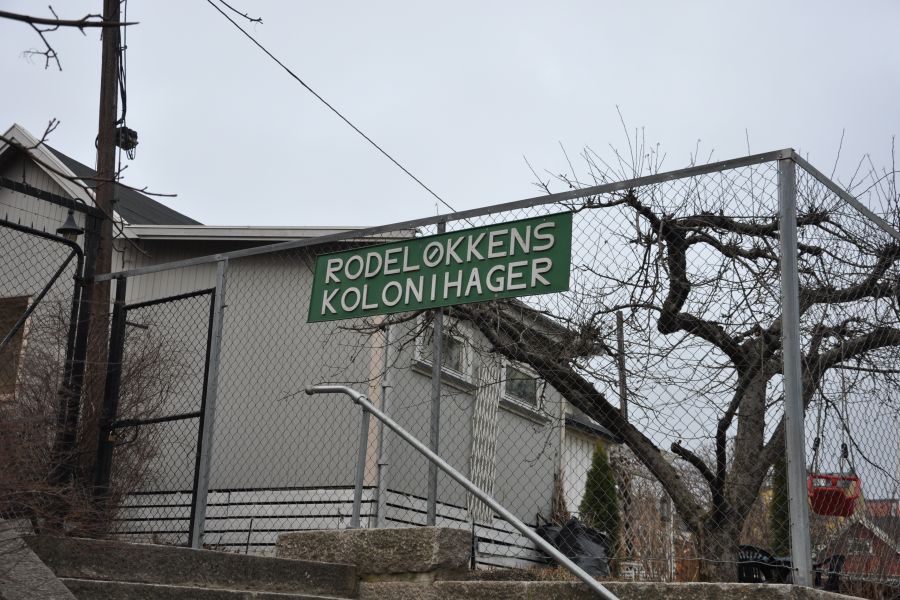 Rodeløkkens Kolonihager – area where meteorites hit in the summer houses 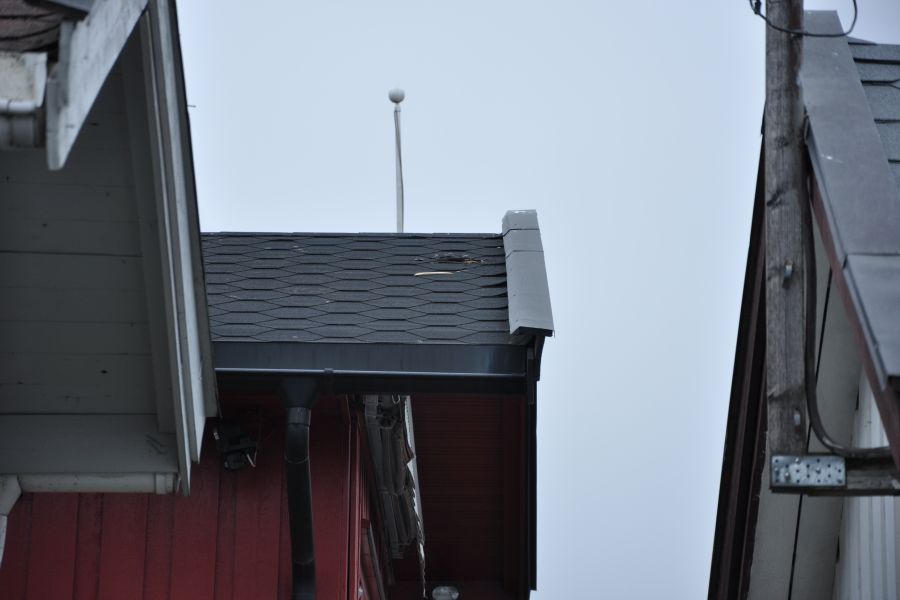 Roof damage from outside the building 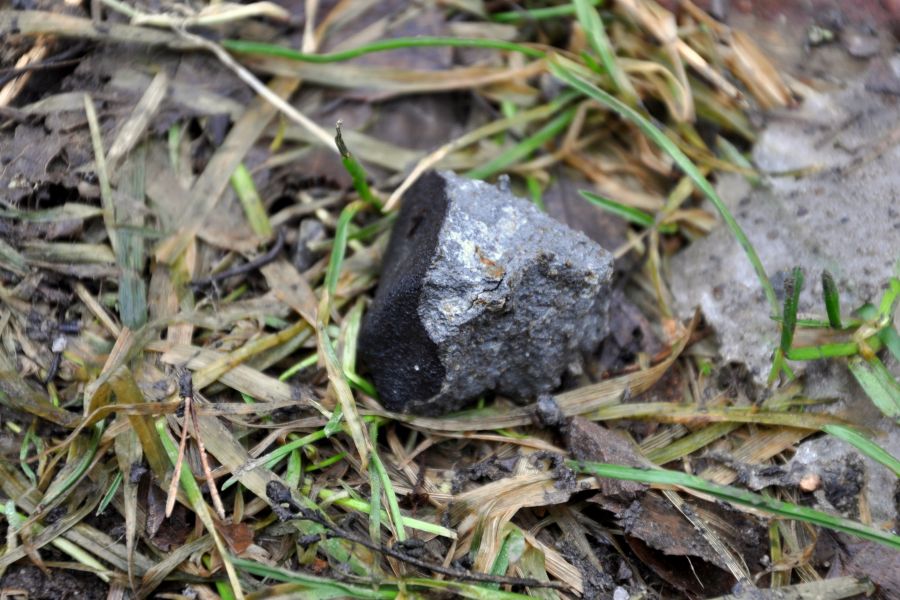 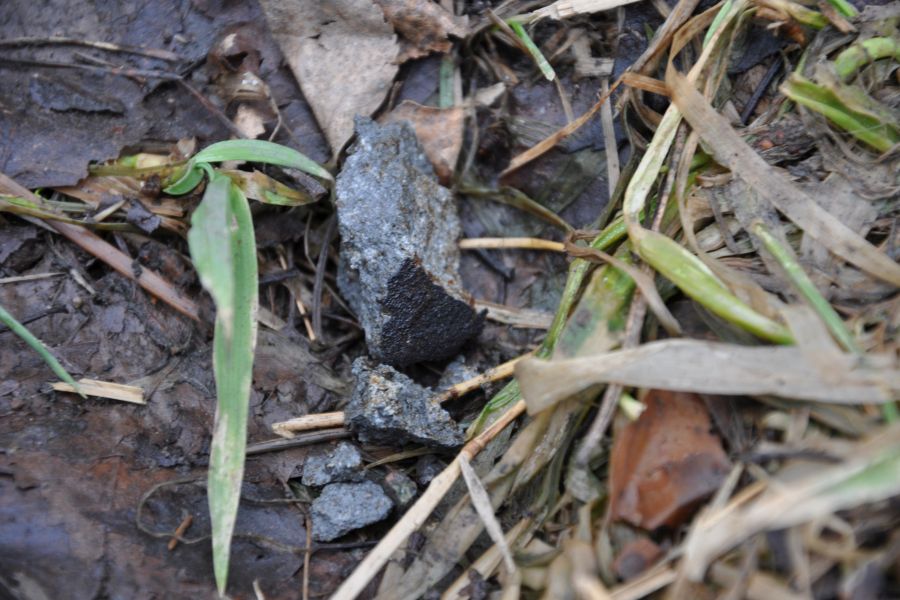 Fragments of Oslo shortly after recovery 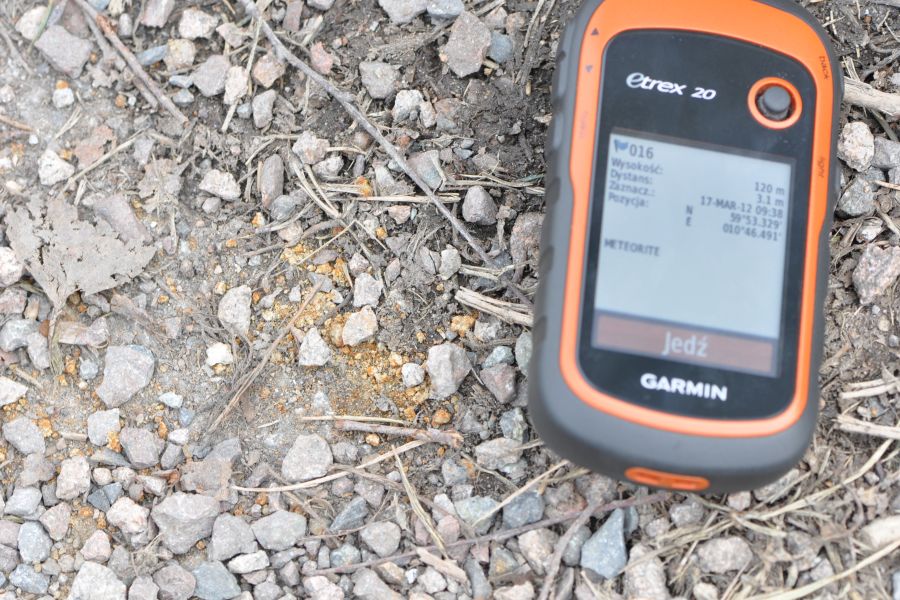 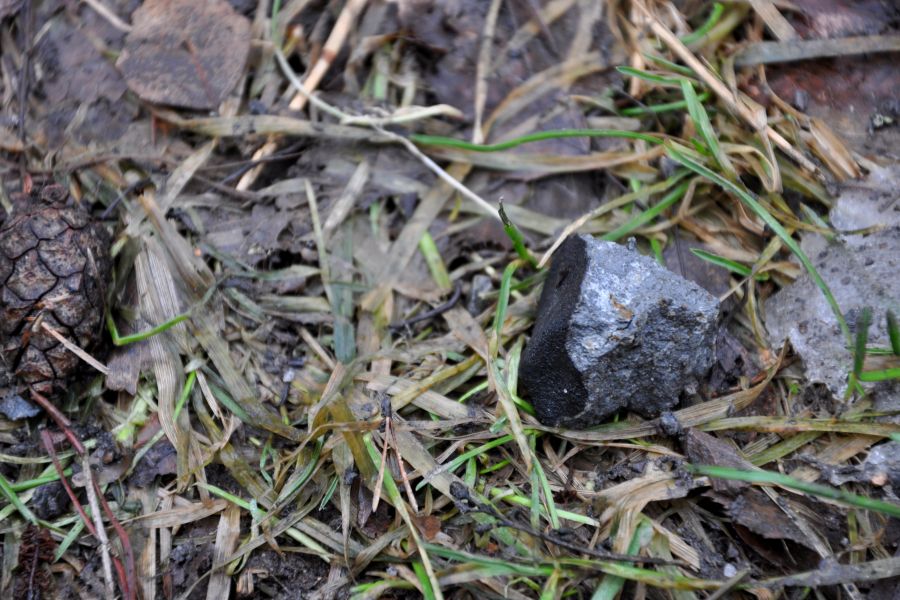 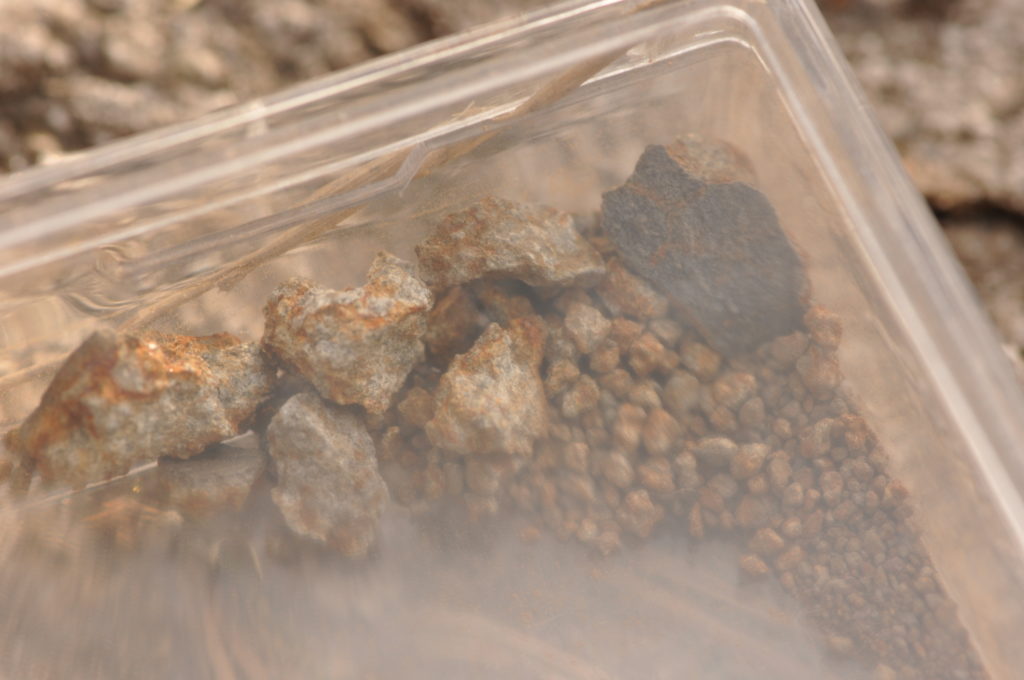 Fragments recovered during my second visit in Oslo 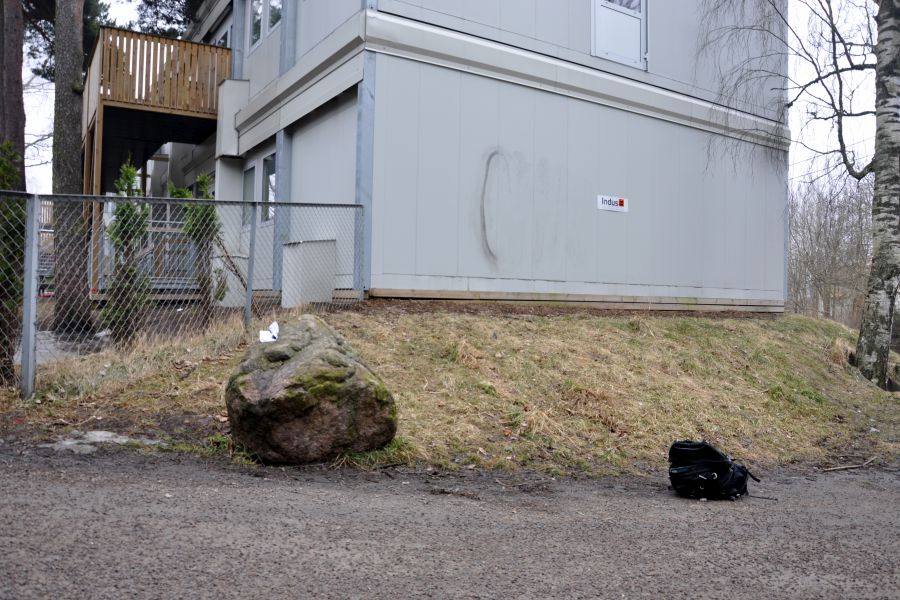 The place where my meteorites were found 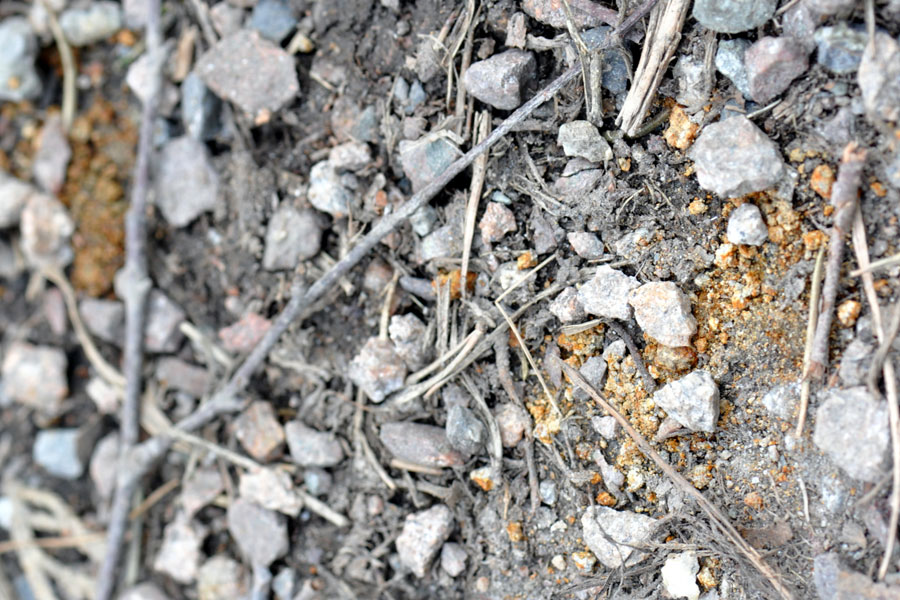 Meteorites fragments smashed by the cars

I was confident that there were plenty more stones to discover in the area so I decided to set out on another journey to Oslo the next weekend.
I was back in Oslo on March 22nd. It didn’t take long before I found more stones, including heavily weathered fragments of around 4 g and 2 stones driven over by a car, weighing almost 20 g. I then tried to find another location, but without success.
Before departure on March 24th I met my colleagues from PKiM: Marcin, Zbyszek, and Tomek, who also decided to come to Oslo. We exchanged information, examined my stones, took some photos, and I had to set off on my way back home. I wished them good luck and they turned out to be lucky indeed as they have found many more stones in the location I shared with them.
The fragment of a meteorite that fell on the parking lot at the Ekeberg hill was 150 – 200 g heavy. The fragments were scattered all over the place during snow ploughing. Many fragments were driven over by cars and heavily damaged.