A beautiful meteor fireball illuminated the night sky over southeastern Turkey on September 2nd 2015. According to local sources, the explosion took place between 11:09 and 11:11 pm local time, and the bolide disintegrated in the area of Sariçiçek village near the city of Bingol. This phenomenon was captured by CCTV cameras in Bingol, Eliazig, and by the cameras of the Turkish Meteorite Network. Plenty of eyewitnesses saw the event, while the disintegration noise was audible in the entire area of Sariçiçek. There were probably three separate explosions one after another followed by a fluttering noise. The first meteorites were found on the very next day. They were easily to spot since meteorites fell on the roofs of at least two houses, and the local residents soon realized a meteorites rained down on their village. Soon after, a scientific consortium was called into existence to examine the case, and in early October the village of Sariçiçek was visited by Peter Jenniskens, a PhD from NASA. This is when it all started.

I first learnt about a bolide falling over Turkey on the next day at lunarmeteoritehunters.blogspot.dk/, but the news about a bright meteor illuminating the Turkish sky were not particularly exciting. It was only in the middle of October, after the scientists’ visit to the site, when Turkish newsfeeds became flooded with news about the discoveries and pictures of meteorites, as well as YouTube films covering the search for meteorites. Also, GPS coordinates were published where some of the discoveries were taking place, which was particularly interesting and useful for all meteorite hunters. When the meteorite was classified as howardite, I decided to go there and examine what I believed was a historical event.

Iwo joined me in my trip to Kurdistan; unfortunately because of my job we had to postpone our travel plans. We were ready to set off on November 9th. In the meantime, the Bingol meteorite was first on display at the Munich Mineral Fair, and the first specimens were offered for sale. Soon enough, American hunters travelled to Turkey only to return a couple of days later, after having acquired some of the specimens. Other hunters from around the world apparently felt discouraged to travel to the region because of dramatic events taking place there and the resulting serious safety concerns, to the extent that we didn’t meet or heard of any other expeditions during our 10-day stay in Bingol.

On November 9th 2015 we entered the war zone, as our American colleagues would like to call it. In fact, we travelled to Erzurum, which was outside the “do not travel” zone, 200 km north-east to Bingol.
I will not describe our search day after day as you would have to read the same thing over and over again. The search process was generally boring and exhausting. We were walking for hours all over the place, gazing down at the ground. I will try to describe the atmosphere in Bingol. I guess this is what the gold rush must have felt like.

We were greeted by hoards of local hunters. It was like a picnic at the river. Women and children, old men, adolescents, and all other people who had nothing better to do suddenly went there to look for meteorites. Whose who got tired of searching were relaxing on blankets or cooking food by the fire. Of course our arrival was a sensation. The Kurds were very friendly and inquisitive, and instead of looking for meteorites, we had to respond to millions of questions about where we were from, how we got there, and how many meteorites we wanted to buy. And took plenty of photos with the local people. 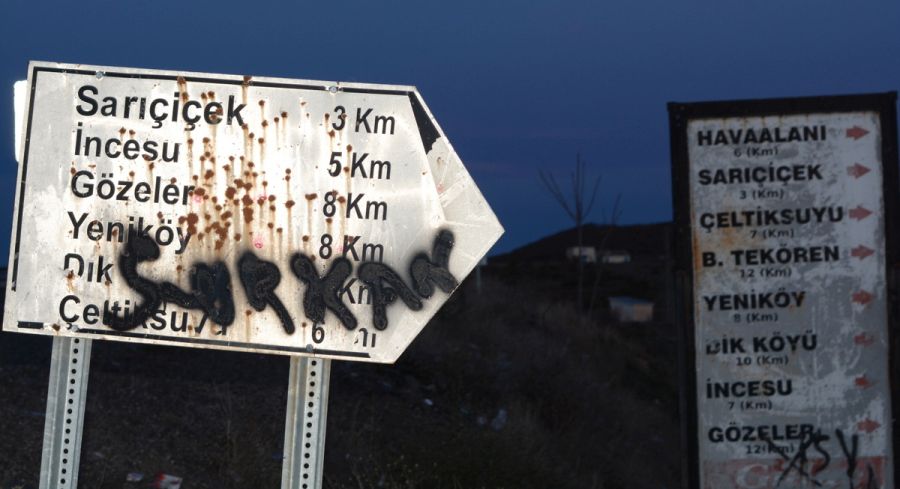 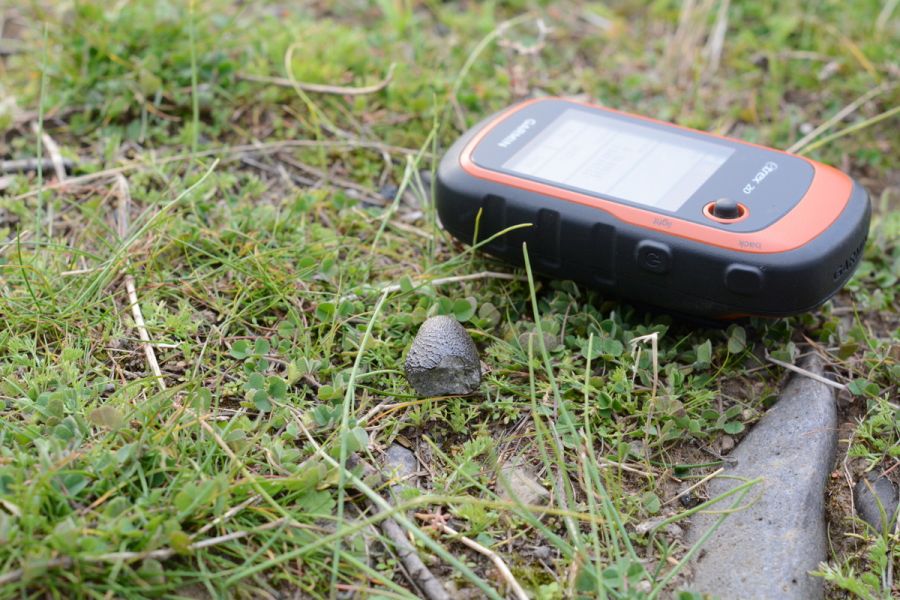 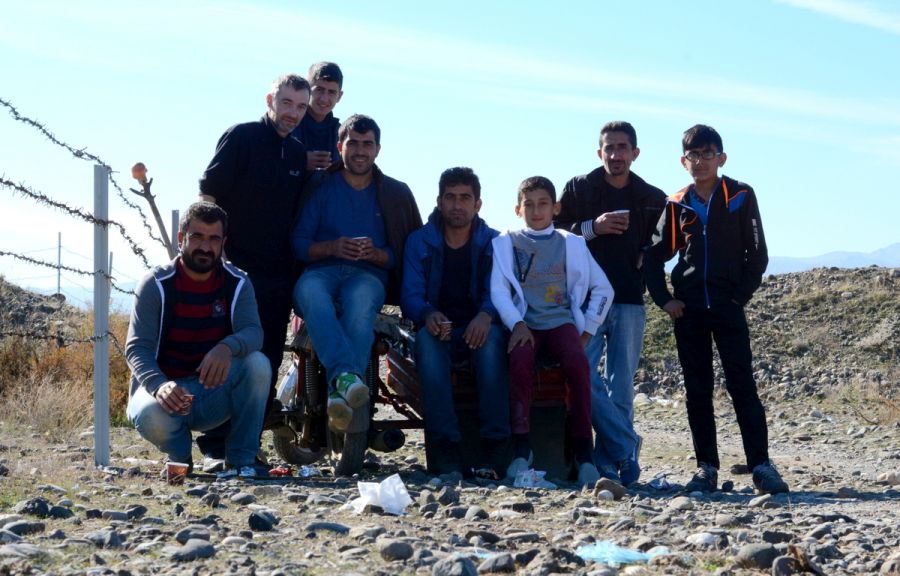 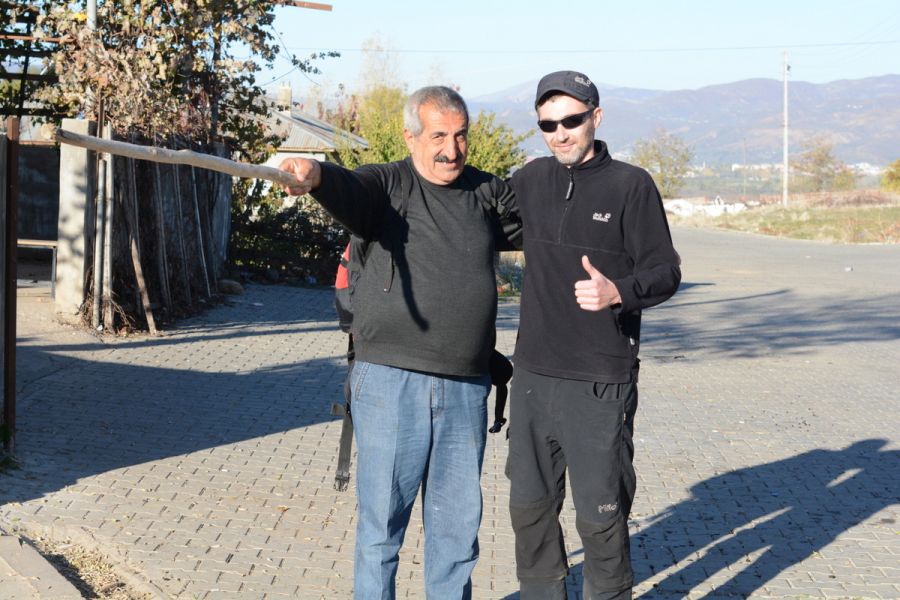 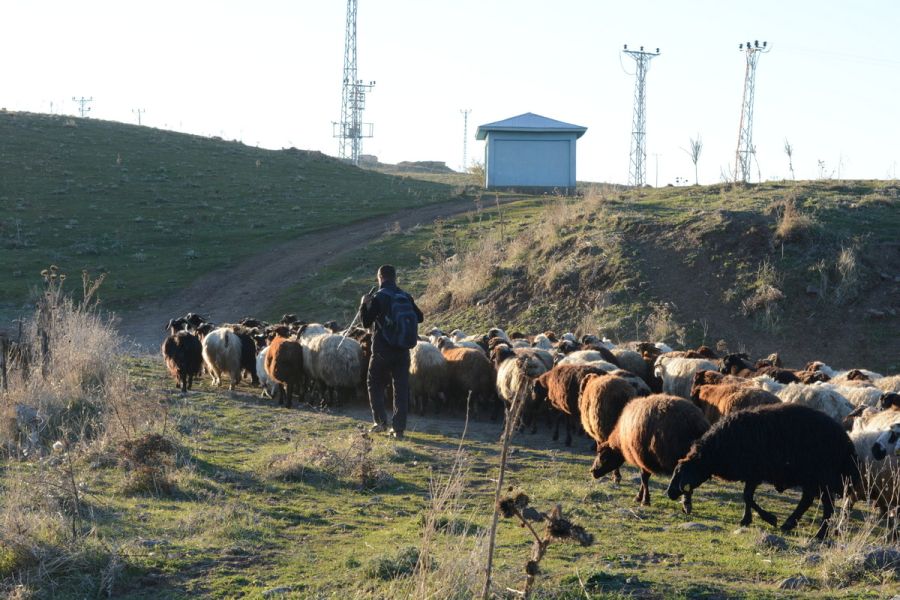 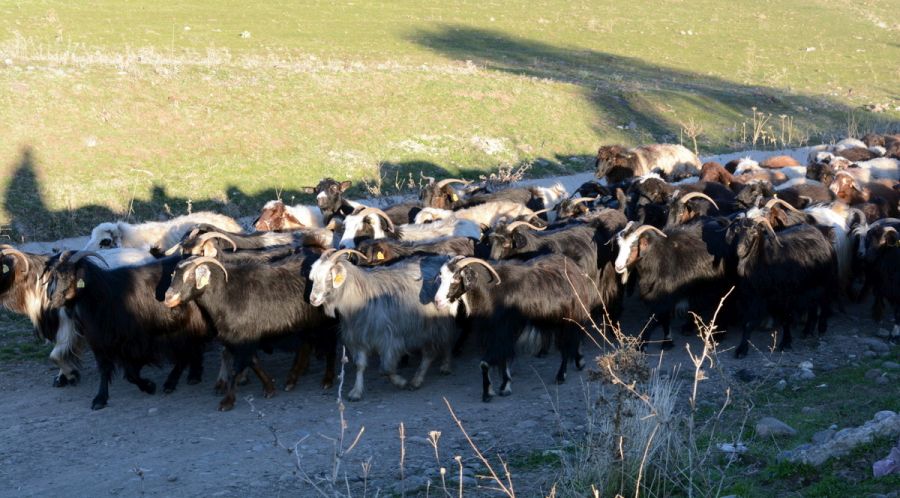 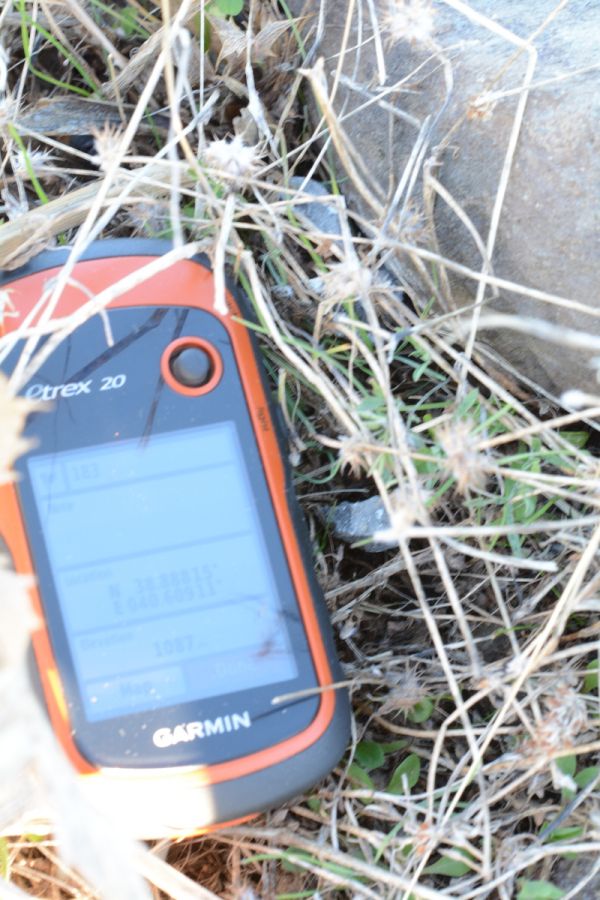 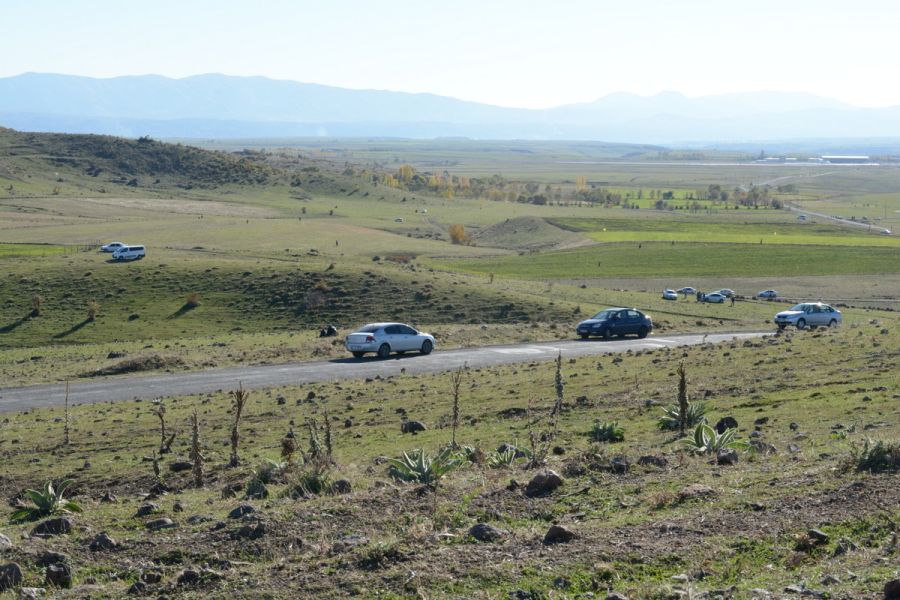 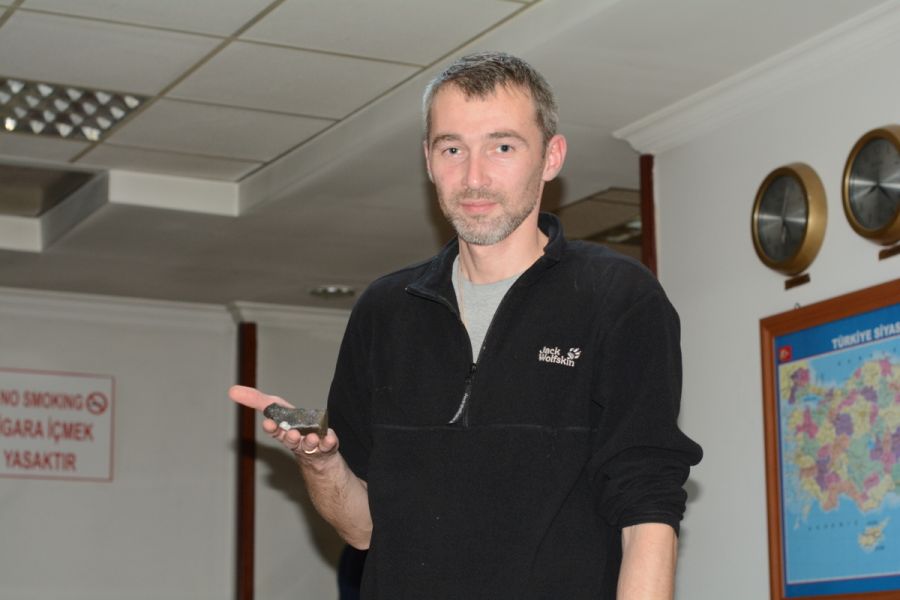 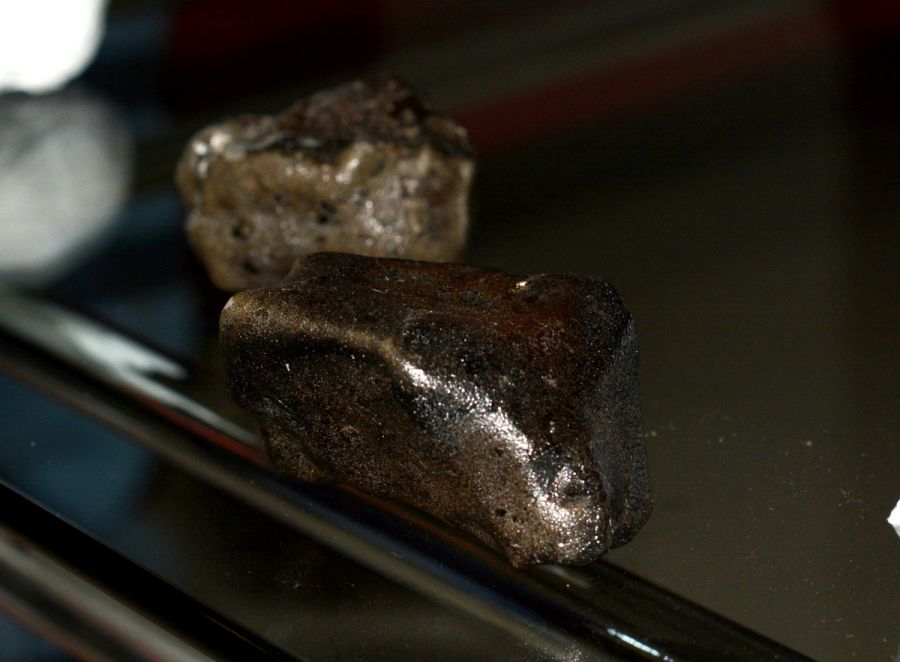 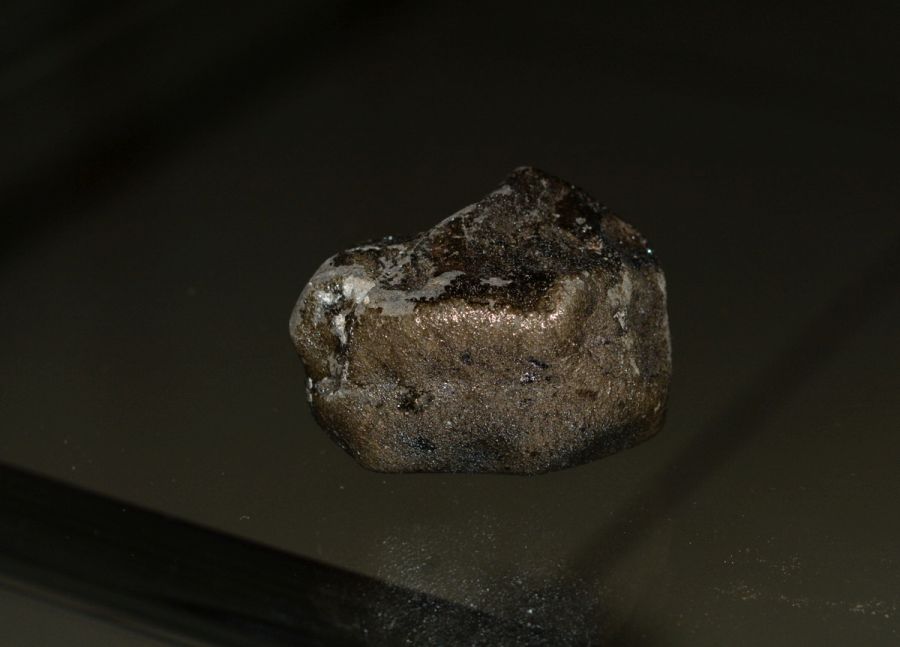 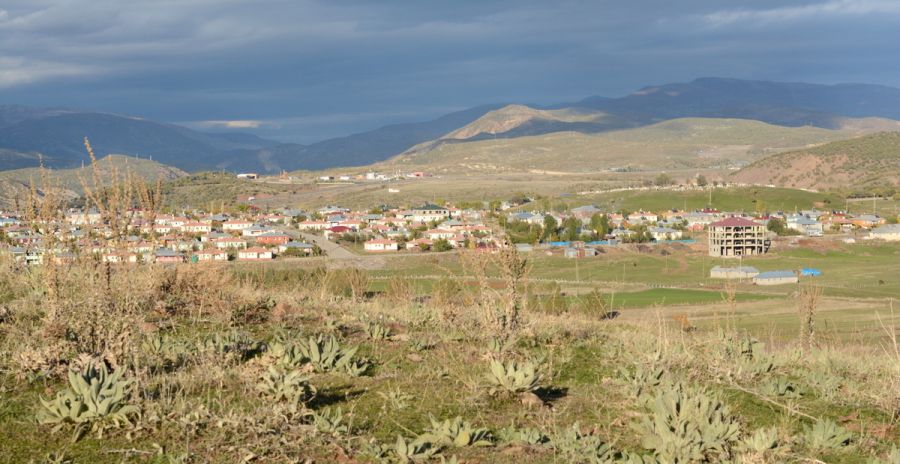 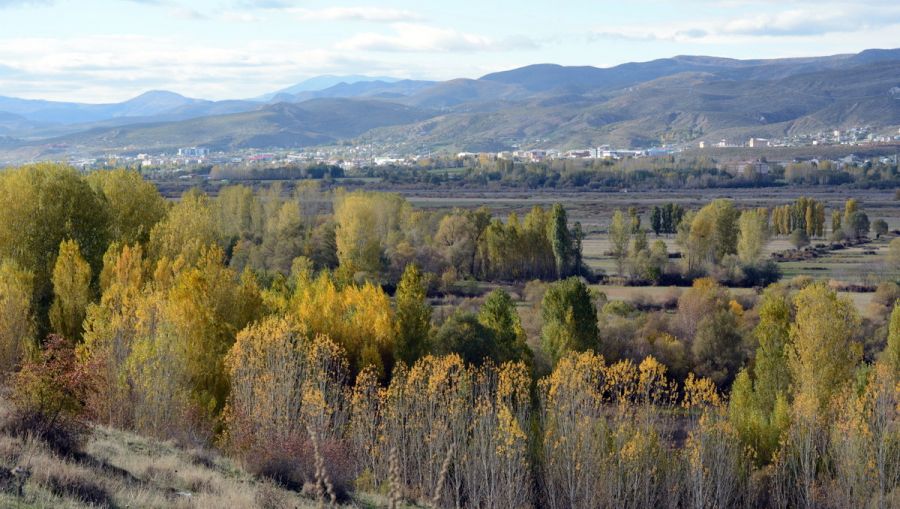 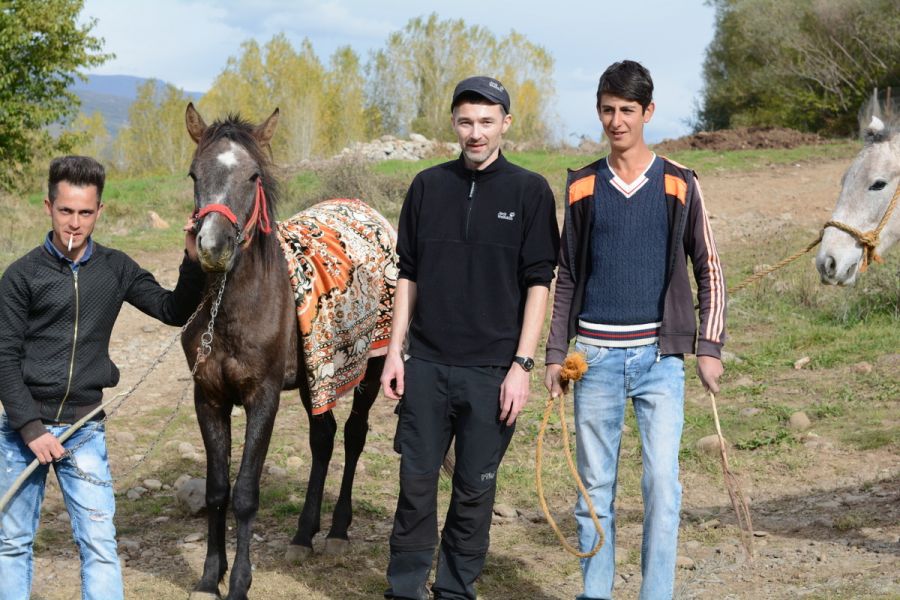 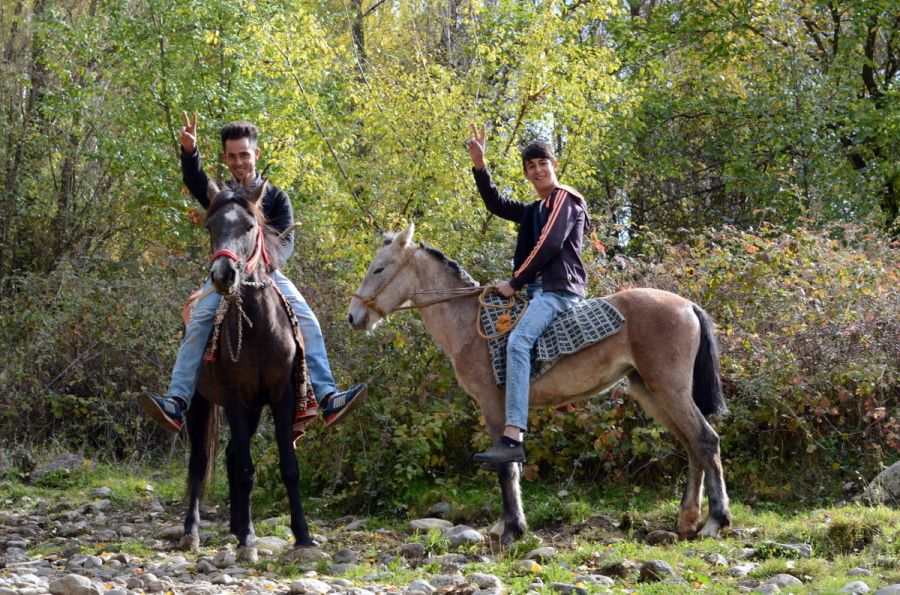 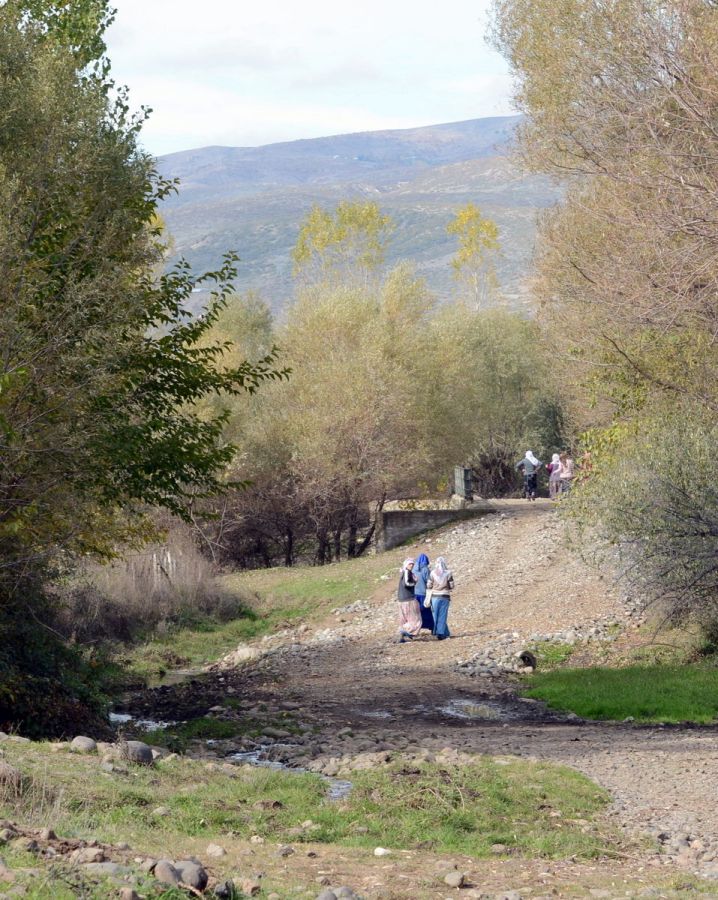 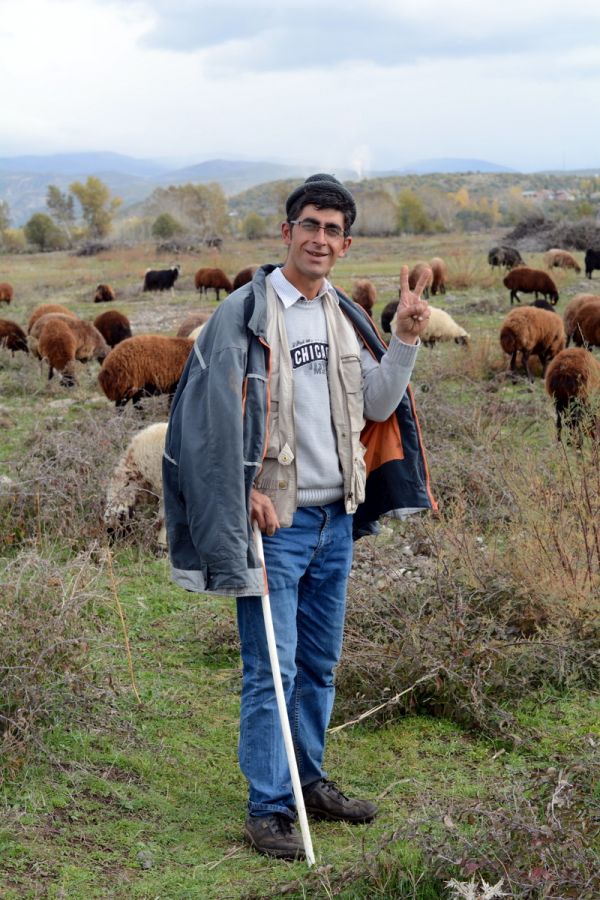 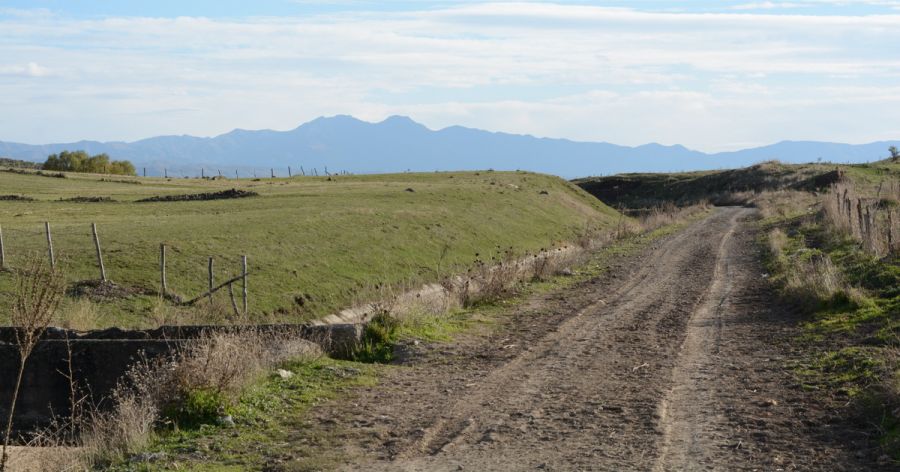 The fall of a meteorite and the arrival of NASA people attracted a lot of media attention. Although I personally think the local people were more interested in how much they could earn. The official price was 60 dollars per gram. This was the prevailing price over a long period of time. The meteorite rush reached its climax during the weekend, when buses full of people arrived to Sariçiçk from places located as much as 200 km away. The majority of them didn’t even know what to look for and they were carrying around bags full of stones. We were often asked to check their stone collections.

Our hotel was another interesting place. On the first day, we travelled to Bingol to find a place to stay. A shepherd from Sariçiçk offered us a bed at his place, but we didn’t want to risk sleeping in an animal shed. We had no problem finding a hotel. A B&B hotel, there was nothing to complain about. We soon got acquainted with the hotel staff. The manager and a few other people asked us to check their findings.

When we arrived at the hotel on the next day after spending the day looking for meteorites, we immediately noticed there was a commotion in front of the hotel. There were as many as 30 people waiting for us, all of them with plastic bags full of stones. The number of people and plastic bags increased day by day. The news travelled fast and the hotel turned into a local geology center in the evenings. There were special interest clubs set up, or fan clubs of pyrites, quartz, etc. Some of the local people asked us to examine their stones several times in a row. They used to send their brothers or wife to the hotel, each of them carrying the same stone. Others went straight down to business. They were offering us ‘genuine’ stones at a higher price, restlessly trying to convince us about their high value. Their enthusiasm waned as soon as they leant of our limited budget resources and our own meteorite hunting plans. Of course some of these people brought many beautiful meteorites to our hotel. I saw some really amazing stones.

We also became acquainted with local hunters, including Nezir Ergun, who was probably the first to find the Sariçiçek meteorite. We frequently joined Nezir’s brother, Ensar, and his son, Onur Ergun, on our expeditions to the locations where most of the stones were found.

After a few days, however, we had a reality-check about the scale of potential findings. In general, it is not easy to find a meteorite of any sort, and our situation it was even more difficult because of the huge number of other hunters and our later arrival to the site. All in all, we managed to find a few small specimens of no more than 10 grams. Still, it was during our stay that by far the largest stone was found of over 3 kg (which was partitioned so make it easier to sell it).

It was officially approved as the Sariçiçek howardite and entered in the Meteoritical Bulletin Database on February 22nd 2016. There number of stones found is estimated to be around 340, but I guess this number is underestimated 2- or 3-fold.

Finally, I shall only add that it was one of my best meteorite expeditions. I’ve met plenty of nice and friendly people; to make things even better, the area of Bingol and eastern Turkey were very picturesque. Unfortunately, the political tensions make it an unlikely tourist destination. We didn’t experience any unpleasant surprises, but some caution is inevitably needed when travelling across this region.